In need of assistance? Call

Buildings ought to collapse when there are earthquakes, tsunamis, hurricanes and other natural disasters. Yet, in Malta, buildings have been collapsing because standard procedures are not being followed. As a property lawyer mainly dealing with foreign clients seeking redress from Maltese developers, I have had to deal with several hardened bullies who have taken over this country.

The situation in the construction industry has now deteriorated to the extent that it has become a racket run by several cowboys. Of course, the flip side to this are the morally upright developers, who have contributed more than their fair share to the sector and to the Maltese economy. We cannot put all and sundry in the same basket.

I should point out that I am married to a property developer, which makes it more difficult for me to write this piece. However, he is one of the few with a social conscience. In this age of anything goes, everyone seems to be operating as a property developer. This has led to many amateur quality constructions, propelling disasters that should have been avoidable.

In June of last year, Legal Notice 136/2019 was hastily enacted carbon copying previous legal notices with a few exceptions, notably the introduction of the site technical officer (previously project manager) further requiring the STO to be an architect. This new legal notice was implemented to give the impression that something was being done to rectify the building situation that spiralled into total anarchy that culminated in the collapse of two buildings.

A five-day consultation process made a mockery of highly important policy decisions that were in dire need of a total overhaul. NGOs and some MPs from the opposition tried to submit opinions, but these were totally ignored.

Fast forward eight months, and the government has done nothing to enforce the LN regulations – it has done nothing to inspire a sense of responsibility or respect within the development community to adhere to rules and regulations. With the way practices have been neglected, the writing was on the wall, and tragic accidents such as the recent catastrophe became not a matter of if, but when.

Politicians have expressed anger and hurt, but words are cheap. They are responsible for this mess. How do you think Mr Pace and his family are feeling right now? That seat that they cling to in that building called parliament, where they are supposed to promulgate laws in the best interests of us citizens, was bestowed upon them by the electorate. That parliamentary seat was granted to them because they were given a mandate by the voting population to run our country in our best interests.

How can they be trusted to do this job when they have not safeguarded the sacred fundamental right to one’s own property/home? What have they done to prevent this? Three buildings collapsed in less than eight months. They have failed us, and above all, they have failed Miriam Pace and her family. No wonder several people were irked by politicians’ appearances in the aftermath of this tragedy.

Although the Malta Developers Association has no onus in bearing responsibility, the association has, in tandem with the government, given rise to, or encouraged, a cowboy-style approach. While we do not expect this lobby group to promote citizens’ rights, the very least it could do is compile a code of ethics on the way developers ought to carry out their business on a day to day basis. Failure to comply should result in expulsion.

A blasphemous practice that is not legally prohibited which features prominently in the Pace tragedy, is that the architect who certified the construction site is a shareholder in the company behind the development. How can an architect make an unbiased assessment of a site or a building, of its foundations and its fabric, when s/he has a clear divested interest in sugar coating a method statement or prioritising cost cutting at the detriment of third-party property owners?

When all is said and done, however, we can review laws and promulgate new ones but without proper enforcement we are wasting our time and, worse still, waiting for another tragedy to happen. Hefty fines proportionate to the magnitude of the development in question for noncompliance is the only viable solution.

As the country’s initial shock at the outrageous events subsides, we will all probably forget what happened and carry on with our lives. Yet this time we cannot. We must send a message to politicians. We have had enough. They have raped our country and she is bleeding so severely that she’s about to die. This injustice cannot end here. Our country is crying for a complete paradigm shift of consciousness. 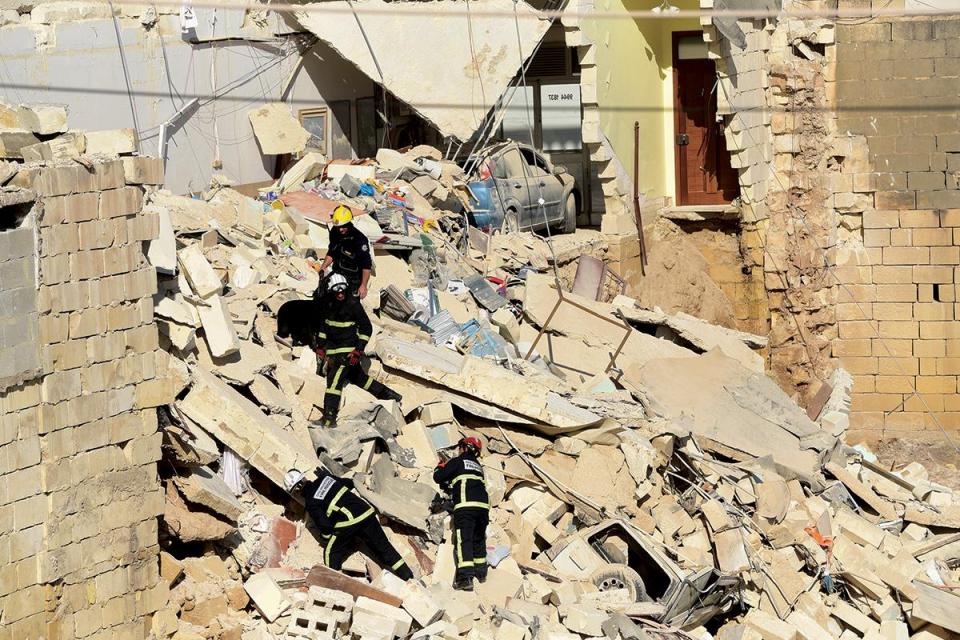